Can’t visit Discovery Station due to Covid-19? No Problem! Check out our Space and Beyond virtual content below!

The universe hosts a wide variety of objects, like nebulae, galaxies, stars, worlds, and even human-made spacecraft! Join Astrophysicist Katherine Kornei as she explores what objects scientists find in space and the tools that they use to find them.

Check out these fun STEAM Space Activities! Just click on the images below to access these activities that you can do at home! 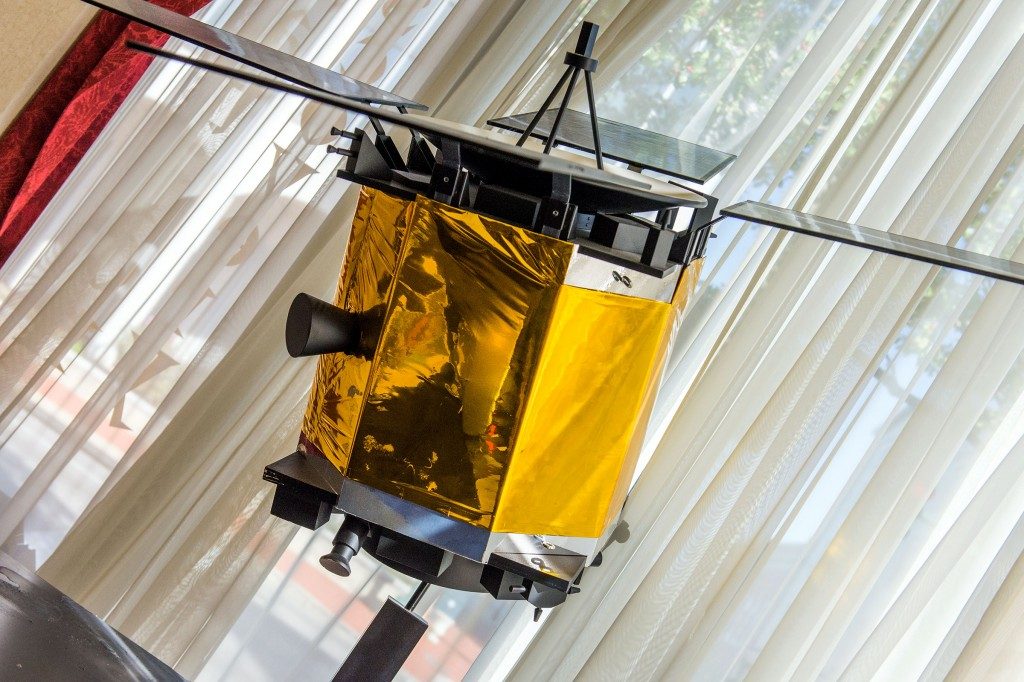 Discovery Station at Hagerstown and The Johns Hopkins University’s Applied Physics Laboratory (APL) are very pleased to present an exhibit of a quarter-scale model of the NEAR Shoemaker spacecraft.

The Near Earth Asteroid Rendezvous (NEAR) spacecraft was first launched in February of 1996. The launch from Cape Canaveral was hailed as a successful first mission launched in the National Aeronautics and Space Administration’s (NASA) Discovery Program. The NEAR mission began exploration of asteroids, and scientists say that a lot of data is being gathered to add to the needed base of knowledge which can help be the base of future missions. The spacecraft was programmed to rendezvous with asteroid 433 Eros in February of 2000. NEAR was to orbit Eros for a year, conducting scientific studies.

The mission was the first study of the physical geology, composition and geophysics of an asteroid. The NEAR mission had three main goals:

NEAR was never initially designed to successfully land on an asteroid. Designers thought that a landing would be less than one percent successful. However, on February 12, 2001, the Johns Hopkins University Applied Physics Laboratory designed  NEAR Shoemaker spacecraft landed on the 433 Eros asteroid, and began sending data from the surface of Eros. The mission has transmitted 10 times more data than originally scientists hoped for!